You are here:
Blogs 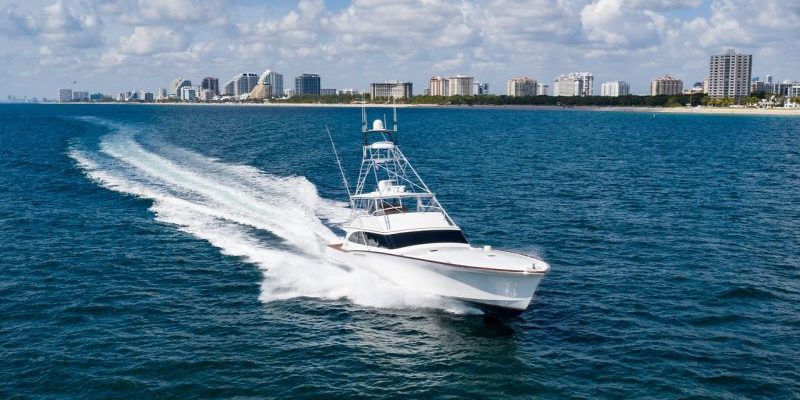 Jim Smith Tournament Boats are legendary for their speed, signature style, and quality construction. Known for being some of the most efficient sportfishing boats in the world, their unique, custom builds are widely sought after.

They have a rich history with a record-breaking design that all came from the mind of their innovative creator, Jim Smith.

He was able to turn his racing success into business, including the largest Johnson Outboard and Chris Craft dealership in the South. Upon his retirement to Florida, he began to enjoy deep sea fishing. And then, in Stuart, Florida, in 1959, Jim Smith changed the course of boatbuilding with the 35-foot Boca Jima.

Combining his knowledge of airplanes, hydroplanes, and fishing, he built the boat using a cold-molded wood construction technique with double-diagonal cedar planking and epoxy resin. The use of epoxy resin was revolutionary — Smith had read about it in Popular Mechanics and had decided to use it in boatbuilding, which helped to create a vessel that was remarkably strong and lightweight.

The aerodynamics were enhanced by a tower supported on four aluminum sailboat mast extrusions. His 1959 creation was stronger and lighter and faster than any other boat at the time. In fact, he was the first builder to create that could break speeds at 44 knots.

Jim Smith boats are immediately recognizable by their signature style — a long, sleek look with the house set well back from the bow. They’re aesthetically pleasing, functional, and balanced. While newer models may incorporate a wider range of superstructures, sizes, and angles, the lines are unmistakably recognizable as a Jim Smith.

In his life, Smith mentored a number of builders, including the current owner and operator, John Vance, who took over the company in 1989.

Vance continues to lead the Jim Smith team in building sportfishing boats to the highest standards of pedigree craftsmanship and innovation, following the tradition that started in 1959 with the Boca Jima.

Ready to get your own Jim Smith Sportfishing Boat? Get in touch with MacGregor Yachts!

Let us help you find the best sportfishing vessel for your needs. Have a look at our current inventory of Jim Smith Tournament boats or give us a call at (561)799-6511 to learn more about all our luxury sportfishing yachts available.