New To Daytime Swordfishing? Where, When, How, and Why They Bite

You are here:
Blogs 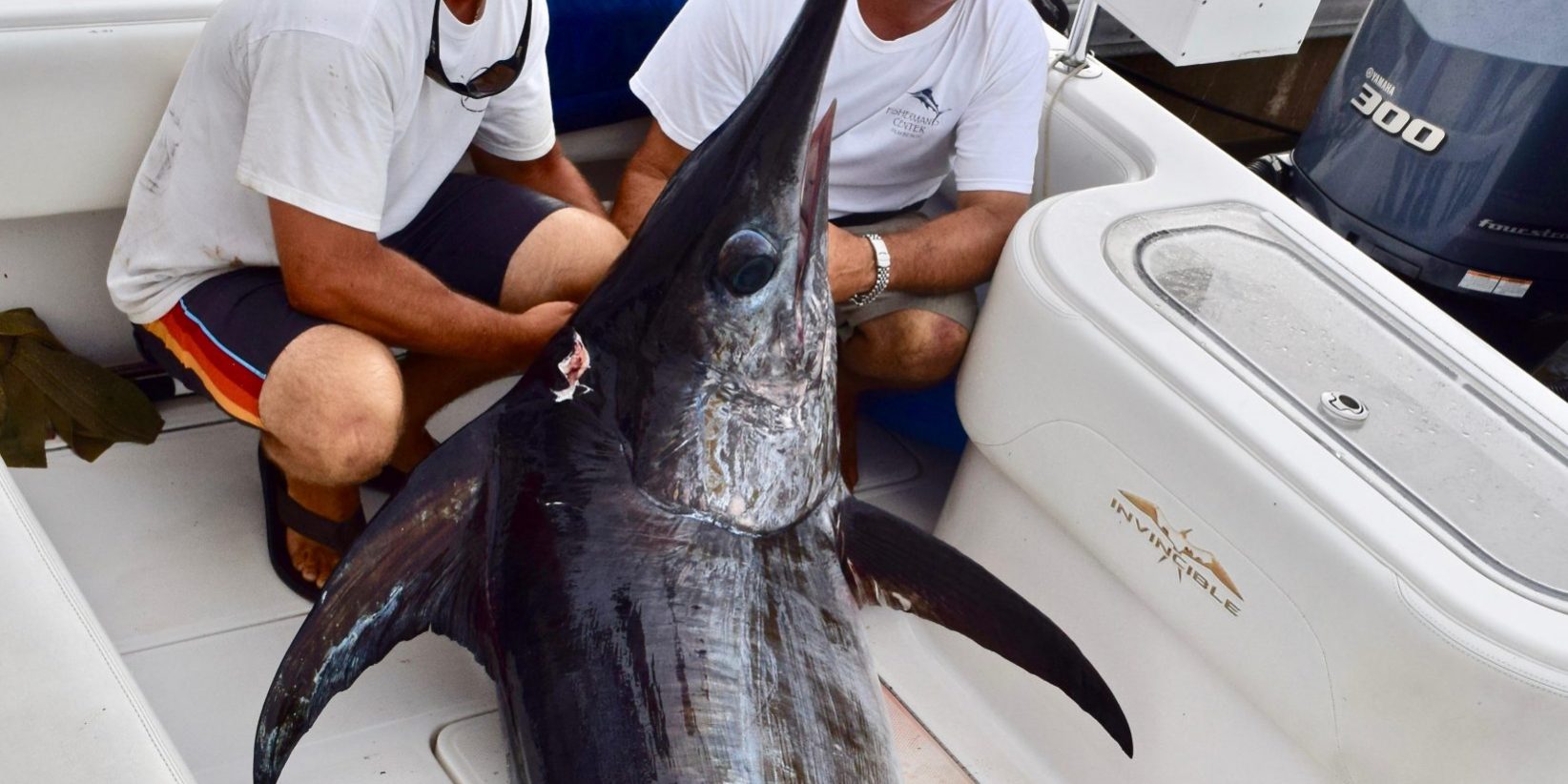 One of the greatest achievements for any angler is pulling a swordfish up from the depths along side your sportfishing boat or center console on a moon-lit night. But, in recent years, fishermen have realized that these billfish bite under the sun, just as well as they do under a full moon.

This has led many anglers to try daytime swordfishing. Catching broadbill during the day requires a different set of skills and strategy than nighttime fishing. Our brokers at MacGregor Yachts, made up of an array of captains and experienced fisherman, have put together what we know to get you started on a successful daytime swordfishing trip!

Where to Find Swordfish

Swordfish follow a diurnal vertical migration which means they typically stay on the bottom of the ocean during the day and move near the surface at night. These big-eyed billfish spend most of their day at depths of 1500-2000 feet.

Nighttime swordfishing caught on in the ‘70s because the fish are near the surface at night. Being close to the surface eliminates the complications of having a long line and a lot of equipment in the water. Before that, daytime swordfishing was popular thanks to a book by Zane Grey that described his technique off Santa Catalina Island in California.

According to RJ Boyle, the excitement of daytime swordfishing originated here in South Florida. Boyle got a tip from a friend who caught a swordfish on his first drop off the coast of Ft. Lauderdale. As Boyle tells it, his friend had learned of this technique to catch swordfish in the daytime from a team in the Florida Keys.

Therefore, if you’re looking to catch some fish, right here in South Florida is one of the best places. Broadbill like to spend their time in valleys, ridges, and dips in the ocean floor. You can even use Google Maps to find some terrain that swordfish like.

When Swordfish Are Active

Swordfish season is at its peak in the fall, however catches are reported anytime from August to January.

Like many other fish, a Swordfish’s movement follows the dawn and dusk cycle. Expect them to start coming up near the surface around dusk and returning towards the bottom at dawn.

How To Catch Broadbill

In order to daytime swordfish, you’re going to need some very specific fishing tackle. Huk Gear put together a comprehensive daytime swordfishing guide for what gear you’ll need. For starters, most guides recommend a bent-butt rod rated for 65 to 80 pound class line. This is to help cut through the water easier to stay straight on top of the bait and have less of a “belly” of line out.

You’ll also want an electric reel. The reason for this is self-explanatory, however, some anglers like an electric reel with a manual option, so they have more control to manually fight their catch.

If you’re looking for a very specific set-up that you can use or modify, On The Water’s swordfishing guide has recommendations for tackle. Our go-to tackle supplier is Bill Buckland’s Fisherman Center in Riviera Beach. It just so happens they are located right next door to our center console division Evolution.

Good drop technique is crucial. You want to get your bait near the bottom, but not on the bottom, so you’ll need to know where it is at all times. Also, with as much line as you’ll let out, it’s easy to get tangled.The reason for keeping it off the bottom is because you will be fishing in a canyon or trench and you do not want to get your bait stuck on the bottom and lose your gear. SwordPro wrote a guide to daytime deep dropping, but you might need to modify it depending on the conditions where you’re fishing.

On The Water says the reason for the popularity and success of daytime swordfishing is due to the concentration of swordfish towards the bottom. Swordfish follow their favorite food source, squid, from the bottom to the top of the ocean each night.

But at night, the squid scatter to a variety of depths to feed, and so do the swordfish as they search for them. During the day, the squid go back to a depth of around 1600 to 1800 feet. The swordfish follow them right back down. Some other popular swordfish baits during daytime swordfishing include eels, Bonita bellys, Dolphin bellys, and even ladyfish! Don’t forget to always carry a harpoon and floats on board your sportfishing vessel or center console just in case you hook the fish of a lifetime.

Ready to try your hand at daytime swordfishing? You’ll need the perfect sportfishing vessel or large outboard to get to those deep waters where broadbill feed. If you need a boat, or you’re thinking about an upgrade, give us a call today at (561) 799-6511 or contact us on our website!

Looking for sportfishing yachts or center consoles for sale to catch swordfish? Contact us today to see our large selection of vessels and find the one that’s right for you!